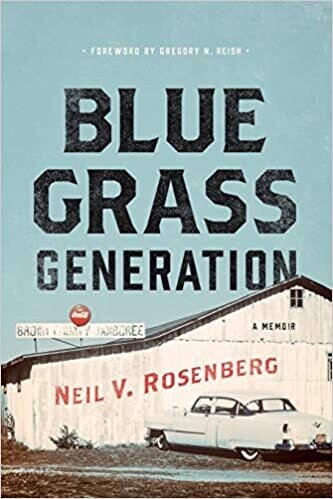 Neil V. Rosenberg met the legendary Bill Monroe at the Brown County Jamboree. Rosenberg’s subsequent experiences in Bean Blossom put his feet on the intertwined musical and scholarly paths that made him a preeminent scholar of bluegrass music. Rosenberg’s memoir shines a light on the changing bluegrass scene of the early 1960s. Already a fan and aspiring musician, his appetite for banjo music quickly put him on the Jamboree stage. Rosenberg eventually played with Monroe and spent four months managing the Jamboree. Those heights gave him an eyewitness view of nothing less than bluegrass’s emergence from the shadow of country music into its own distinct art form. As the likes of Bill Keith and Del McCoury played, Rosenberg watched Monroe begin to share a personal link to the music that tied audiences to its history and his life–and helped turn him into bluegrass’s foundational figure. An intimate look at a transformative time, Bluegrass Generation tells the inside story of how an American musical tradition came to be.

Save this product for later
Display prices in: USD