Join us February 5th, 2022 for East Nash Grass!  Doors open at 6 pm, and the concert begins at 7 pm.  Bar and concessions available.  This concert takes place on the Owensboro Health Lobby Stage.  Seating is general admission.  At this time, no covid-19 restrictions will be in place for this concert.

Featuring a who’s-who of Nashville’s hottest young pickers, the band was first founded as a part-time pickup gig band in 2017 before transforming into a more serious project just prior to the first closures of COVID in 2020. Since then, the band has been honing their voice -- writing original songs collaboratively and as individuals, breathing fresh life into well-worn standards, and playing gigs together however and whenever they safely can.

That voice shines through on this wholly self-produced project -- defined by the playful brassy flare of banjo riffs and dobro slides balanced against a warm and stable low-end. Notable on the album is the band's tender take on the themes commonly found in bluegrass, largely avoiding the machismo that dominates so much of the traditional sound. Aided by the presence of warmer baritone vocals (as opposed to the strained high tenors so reified by the genre), the East Nash Grass has settled into a sound that feels grounded but not weighed down, and virtuosic without being flashy.

Tickets are on sale now.  General admission tickets are $20.

Join us for three concerts in our February Lobby Series and receive a $10 discount!  Individual concert tickets are $20 each, but if you bundle all three the price is $50.  A Lobby Series Bundled Ticket includes the following concerts:

After you complete your purchase for the Lobby Series Bundled Ticket, you’ll receive a separate email with your individual concert tickets.  For all concerts, doors open at 6 pm, and the show starts at 7 pm.  Bar and concessions will be available.  Seating is general admission. 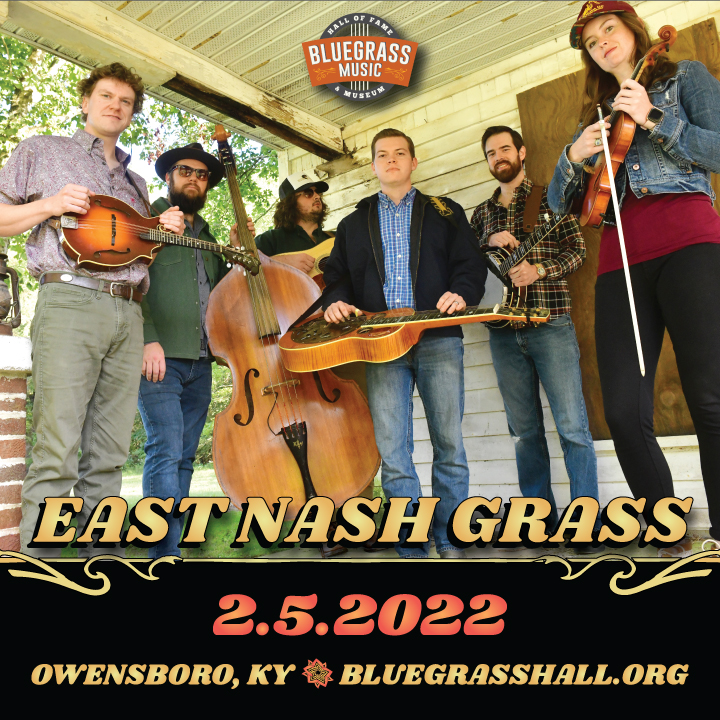