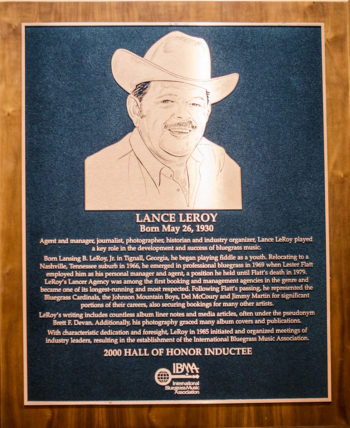 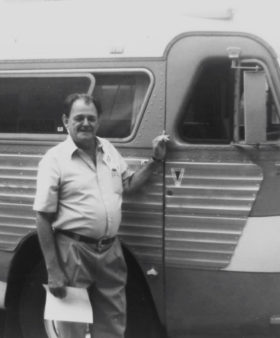 Year Inducted: 2000 Born: May 26, 1930 in Tignall, Georgia, United States Primary Involvement: Agent and Manager By The Way
“Lance used to live in Georgia and when we were working through there he would drive for miles to see the shows. He’d always be there and we always looked forward to Lance coming around to the shows. He’s been a fan of bluegrass for many years before getting into the business end of it.”
Earl Scruggs, quoted by Traci Todd in “Lance LeRoy, part 1,” Bluegrass Unlimited, February, 1993.

Lance LeRoy is a living repository of bluegrass lore and traditions. He has known and worked alongside legends, and spent the second half of his life totally immersed in bluegrass music. Today he is a highly visible spokesman for the industry, generous to all comers with his time and knowledge.

LeRoy started life in upper Georgia in the town of Tignall (2000 population: 653). Wilkes County is an area steeped in Revolutionary and Civil War history. His father, a mail carrier by profession, had a strong interest in country music and radio. The family owned the first receiver in the community. Neighbors would gather by the score on Saturday nights to listen to the Grand Ole Opry from the LeRoys’ open window.

It was a fortunate location for someone interested in early bluegrass and the music which preceded it — central to Atlanta, Augusta, and the South Carolina cities of Columbia, Spartanburg, and Greenville. (The Lewis Family’ base in Lincolnton, Georgia, is only 12 miles away.) Regular country shows were held at the Wilkes County High School gym, and Lance was always there. He remembers hearing Bill Monroe and the Blue Grass Boys several times. On one occasion, Monroe, Lester Flatt, Earl Scruggs, Chubby Wise, and Howard Watts played, in their uniform of riding boots and jodhpurs. That band, together from 1945 to 1948, is considered the template for all subsequent bluegrass music.

Lance wanted to play fiddle like his country music heroes, and began violin lessons in the eighth grade. Formal training soon gave way to learning by ear. He played well enough to appear with Buster and Lawrence Simmons & the Georgia Mountain Boys for square dances and on three 1,000-watt radio stations (1959-1962). Although he hasn’t played since, LeRoy developed a deep appreciation for music and especially the fiddle.

Lance studied accounting in college and worked in financial positions in Asheville, North Carolina (1952-1966) and Nashville, Tennessee. In both locations, the self-described “Flatt & Scruggs groupie” was able to take in many of his favorite group’s performances and come to know all of its members personally. Shortly after arriving in Tennessee in 1966 to work as an internal auditor with a finance company he began to moonlight for Lester Flatt, doing his accounting and taxes. In that role, LeRoy came to appreciate the business skills of Earl Scruggs’ wife Louise, who was agent and manager for the Flatt & Scruggs enterprise.

The legendary partnership of two decades ended in early 1969 over artistic and business differences. Lance LeRoy, involved in the sensitive task of dividing the partners’ joint assets, was appreciated by both for his acumen and diplomacy. When Lester Flatt decided to continue on his own with a band – which was eventually dubbed the Nashville Grass – he asked LeRoy to serve as agent and manager. Notably disinterested in business details, Flatt was glad to have a trusted associate along on the road. Lance’s duties included the 4:00 a.m. stretch “riding shotgun” – keeping the bus driver awake – a challenge for even such a loquacious communicator.

During Lance LeRoy’s decade with the Flatt association, he was involved in label contracts with RCA and CMH, several bluegrass festivals, and a booking agency. Flatt and LeRoy founded Allied Artists with Bob and Sonny Osborne in 1975. After the Osbornes bought their shares in 1977, Lance and Lester combined their names to form the Lancer Agency, which LeRoy continues to operate.

Lester Flatt’s health and spirits declined as the 1970s wore on. Despite a bypass operation and several hospitalizations, he continued to tour and record almost to the end, leaning ever more on Lance for key decisions and leadership. Shortly after a much-appreciated visit from his estranged former partner Earl Scruggs, Lester died May 11, 1979. LeRoy was named co-executor with a Nashville bank and continues to protect Flatt’s legacy and the family’s business interests.

Lance LeRoy was impressed by a young bluegrass group which had moved from the Los Angeles area to Virginia in 1976: the Bluegrass Cardinals. He used them on Lester Flatt’s festivals and agreed to become their booking agent at the beginning of the 1978 season. With his virtually full-time support, the Cardinals became headliners for almost two decades before disbanding in 1997.

Over many years, Lance developed thousands of contacts in all corners of the nation and the music industry. At bluegrass events, he is constantly engaged in conversation, and the telephone lines in his home-based office support an amazing network of business connections. As of 2009, LeRoy and Lancer have yet to transition to the internet.

Perhaps inevitable for someone reared in an area rich with history, and for someone whose listening career dated back to the very dawn of bluegrass, Lance became a reputable historian of the music and its related forms. A facile writer and dogged researcher (drawing upon his skills as an auditor), he was in demand as a writer of album notes and magazine articles. LeRoy amassed a huge collection of recordings, which he generously shares with musicians both learning and searching for repertoire. 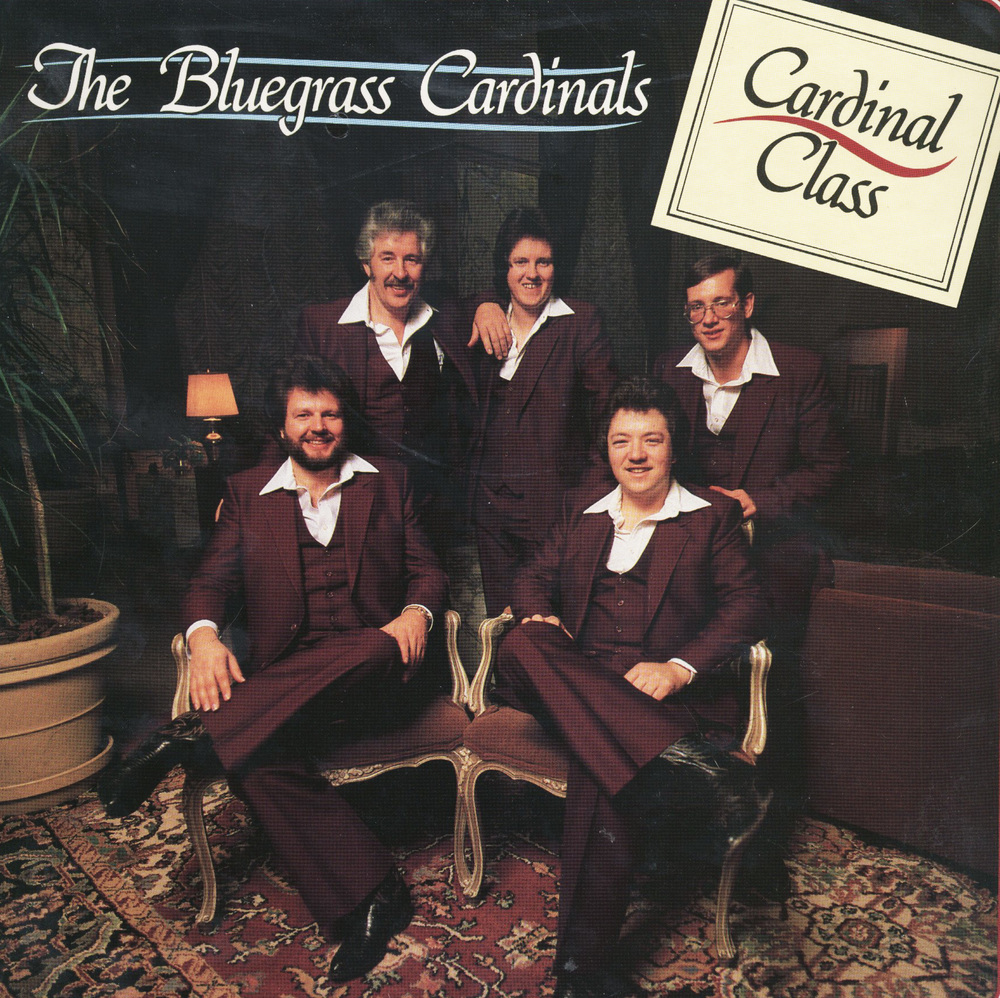 From the Archives: Original recording of 11 tracks by the Bluegrass Cardinals. This album was produced by Lance LeRoy and recorded at Studio By the Pond in Hendersonville Tennessee. David Parmley: Guitar; Norman Wright: Mandolin; John Davis: Bass; Nike Hartgrove: Fiddle. Source unknown.

“Through Lance LeRoy I learned a lot about country music, especially bluegrass music. When I first moved to Nashville, Roland [White] would take me out to Lance’s house and we would play records into the wee hours.”
Marty Stuart, quoted by Traci Todd in “Lance LeRoy, part 2,” Bluegrass Unlimited, March, 1993.
“When asked if a certain act would be on this year’s show, [Lester] Flatt replied, ‘To tell you the truth, I leave that up to Lance LeRoy. I don’t even know if I’m going to be on it. Lance has been my right arm for eight years. He’s a good, honest man. You don’t find anybody like him everyday.'”
Don Rhodes in “Marty Stuart & Lester Flatt,” Bluegrass Unlimited, September 1978.
“From my earliest days in the business…, I strove to enhance the image of this music by things such as having printed the best possible quality stationery, buying an $850 IBM Selectric typewriter (in 1969 dollars), and getting a multi-line telephone system, even though there was no one but myself answering it. I also bought a Code-A-Phone answering machine that surely must have been a prototype, as well as securing a Pitney-Bowes postal meter. All of these tools I felt were necessary to project a professional image for my agency… With that mindset, it seemed to me that all of bluegrass needed a similar representation. So I sat at my typewriter and pounded out a form letter that February, 1985 morning, outlining my thoughts and suggesting—no, urging—that some of us get together and discuss starting a bluegrass association, by whatever name, with a top-of-the-line awards show. I mailed copies of that letter out to some prominent artists and a few others who were influential in our business. Of course the import of that letter or its future significance never entered my mind.”
Quoted in Nancy Cardwell, “IBMA Marks 20th Anniversary June 2005, Leaders Reflect,” International Bluegrass.