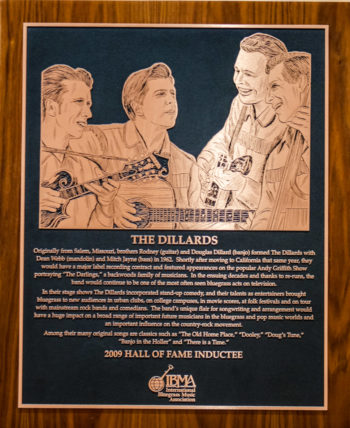 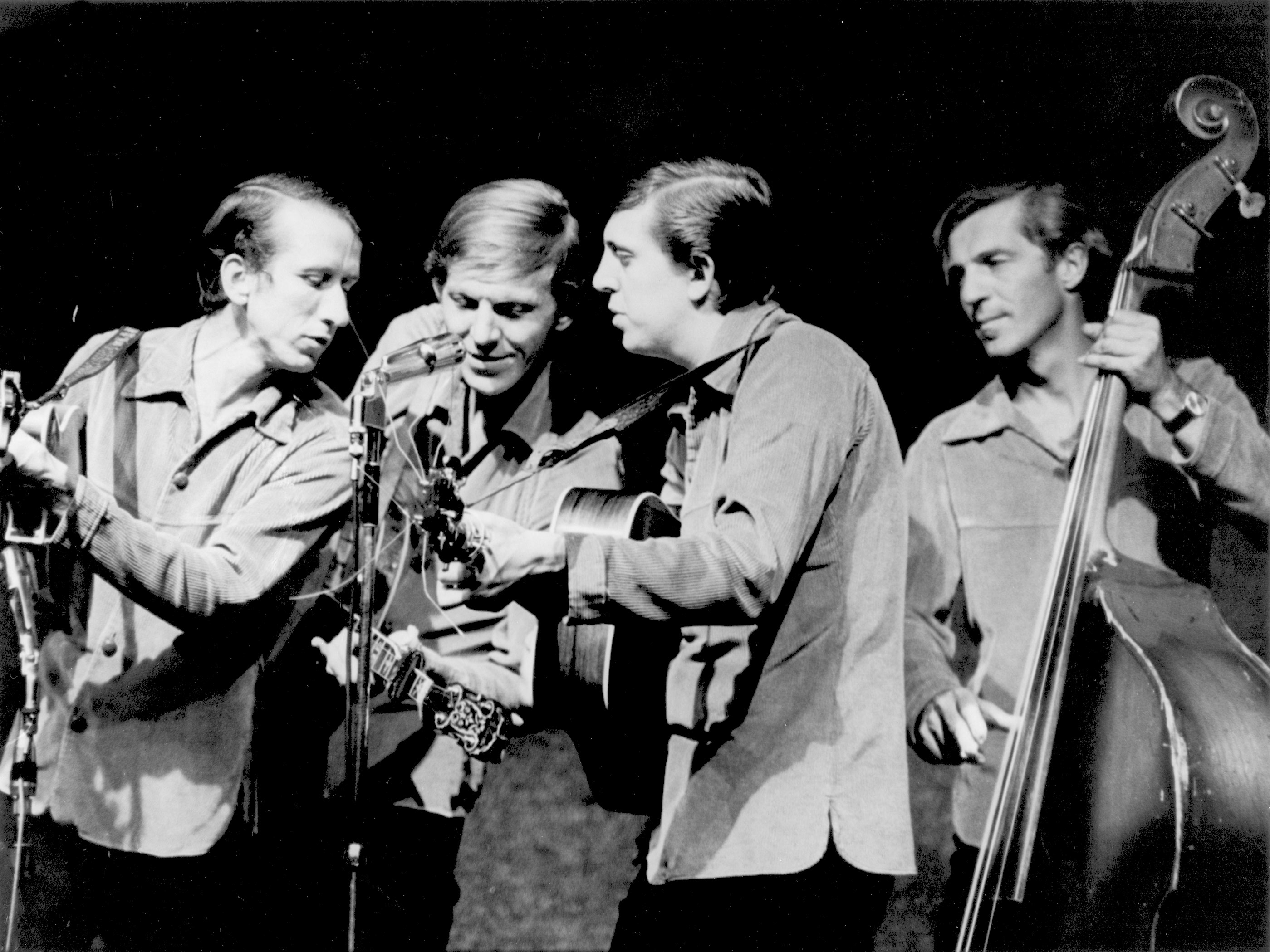 The Dillards were a driving force in modernizing and popularizing the sound of bluegrass in the 1960s and ‘70s. Rodney Dillard (guitar) and Douglas Dillard (banjo) grew up playing music with their family and friends (including a teenaged John Hartford) in Missouri. They performed on a St. Louis radio station as The Dillard Brothers in 1958, recording for a local label. After meeting Dean Webb they recruited him to play mandolin and bass for another self-produced recording which ended up in the hands of Mitch Jayne, a one-room school teacher who hosted a radio show called “Hickory Holler Time,” in Salem. Mitch attracted the attention of a manager when he was visiting his sister in California in 1961, and then he went back to Missouri to tell the guys he wanted to learn bass and join the band as their emcee, utilizing his talent as a storyteller.

The Dillards played their first show at Washington University in St. Louis and hit the road for Los Angeles in 1962 with $300 in their pockets, stopping to work in Oklahoma. Their first night in L.A. they went to see the Greenbriar Boys at a club called The Ash Grove. They were invited onstage to jam and impressed an Elektra Records rep in the crowd; by the next evening they had a record deal. A DesiLu Studios rep saw an ad in Variety magazine about Elektra signing the Dillards, and within days they were called in to audition for the role of The Darlins on The Andy Griffith Show. Despite the fact that The Dillards recorded only six episodes for the program, they continue to be the most often seen bluegrass artists on television, thanks to re-runs.

Their first three albums include original songs that have become bluegrass standards like “The Old Home Place,” “Dooley,” “Doug’s Tune,” “Banjo in the Holler” and “There is a Time.” The Dillards incorporated stand-up comedy into their stage show, and their talents as entertainers brought bluegrass to new audiences in urban clubs from L.A. to New York City, on college campuses, in movie scores, at folk festivals and on tour with mainstream rock bands and comedians.

By the late ‘60s The Dillards had become a driving force in creating new sounds in the West Coast music environment—sometimes upsetting bluegrass purists as they amplified their instruments and added drums and steel guitar. The band’s unique flair for songwriting and arrangement affected a broad range of important future musicians in the bluegrass and pop music world alike, and they are credited with helping set the stage for the “country rock” movement and the burgeoning progressive sounds of bluegrass.

The band would experience personnel changes in 1967 but has reunited periodically in concert and television appearances, and members continue to pursue a broad array of music related opportunities.